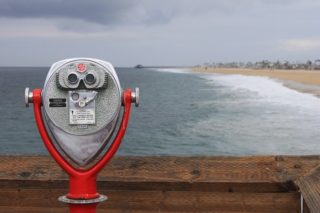 In autumn 2018 it was clear: We want to buy a catamaran.
Now the seemingly endless search for the right boat continued.

Many catamarans came into question.
We still did not know which size was suitable. 36 feet, 38 or 39 feet? 40 feet?
The offer is huge!
How old may the boat be?
Which layout is right for us?

It became increasingly clear that a catamaran with 3 cabins is enough.
A Prout Escale in Spain.
Tom looked at her and found her good. Surprising, because he actually did not like Prouts.

In January, Tom and I participated the Blue Water Seminar as part of the boot in Düsseldorf.
Two days of clenched information from experienced sailors.
Here we also met Jens, with whom we had maintained telephone contact for months. An acquaintance of acquaintances. 😉
He was also looking for a catamaran back then. His favorite was a Fountaine Pajot Mahe 36′.
We knew the type of boat from the net.
So do another trip and have a look?

The Mahes are always gone fast. Must be good …
Three in France. Sold or the communication dragged on forever.
But we do not know that type of boat in “real”!
In mid-February we made a weekend trip to Fehmarn.
There was offered a Mahe 36.
Well, after the visit it was clear:
Under no circumstances!

On goes the seemingly endless search…

By Ralf, whom we had met in Greece, we learned about the planned sale of a beautiful Privilege 395 in Lefkada. The owners had just decided to sell. Nothing was online or prepared yet.
The chance! – we thought. Because slowly the feeling came upon us that the good and beautiful boats often do not even come to the market or are gone in no time.

So Tom flew to Lefkada. It was nice to be there again. Meet “old” acquaintances and visit a beautiful boat.
We were on fire. Relatively modern design, big, lots of wood, comparatively little to do.

The nice conversation with the owners started.
Unfortunately, it turned out that the value added tax would have to be added to the price.
This blew up our financial frame…

Maybe a Lagoon?
On 03/03/2019 I found an owners version in Portugal.
Lagoon 380, so 38 feet, three cabins and a large bathroom with separate shower. Exactly what we were looking for.
Telephone call the next day.
Flight booked for two days later.
Tom put his foot on the boat and knew:
This will be our catamaran!

Fortunately, Frank and Janine agreed directly with our offer.
Tom was the first visitor …

2 thoughts on “The seemingly endless search”